A long time ago in a galaxy far, far away…before the Partners for Change Outcome Management System (PCOMS)—yes, way back in 1986, I became very interested in the common factors because of Michael Lambert. After an extensive analysis of decades of outcome research, Lambert identified four factors—and their estimated percentages of outcome variance—as the principal elements accounting for improvement: client/life variables (40%); relationship factors (30%); hope, expectancy, and placebo (15%); and model/technique (15%).

Lambert’s portrayal of the common factors bravely differentiated factors according to their relative contribution to outcome, opening a new vista of understanding models and their proportional importance to success—a bold challenge to the reverence many researchers and therapists feel toward their preferred models. 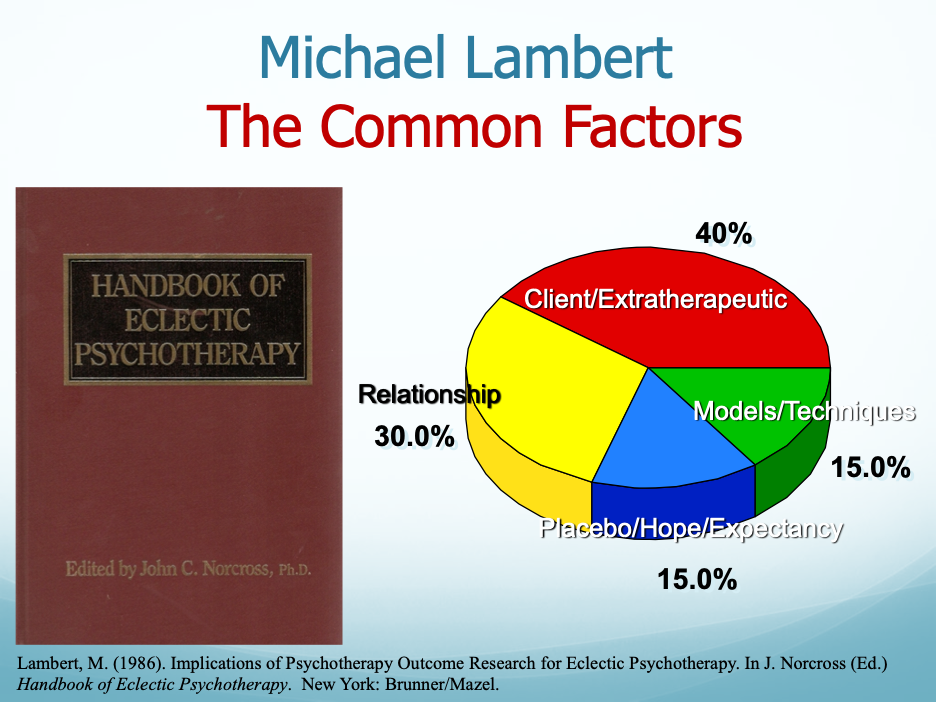 Inspired by Lambert’s review, and after several years of clinical experience, my colleagues (Greg Rusk and Andy Solovey) and I wrote a book proposing a “client-directed” approach.

“Client directed” spoke to the influence of clients on outcome: their resources, strengths, and resiliencies, their view of the alliance, their ideas and theories of how they can be helped, and their hopes and expectations. The common factors, we argued, made the case that clients should direct the therapeutic process—their views should be the privileged ones in the room. Intervention success was described as dependent on rallying client resources and as a tangible expression of the quality of the alliance. Given that the common factors speak to what really works in therapy, we suggested that time in therapy should be spent commensurate to each factor’s differential impact on outcome.

That is where the 1992 book title, “Changing the Rules” came in—changing the rules of therapy from therapist directed to client directed. 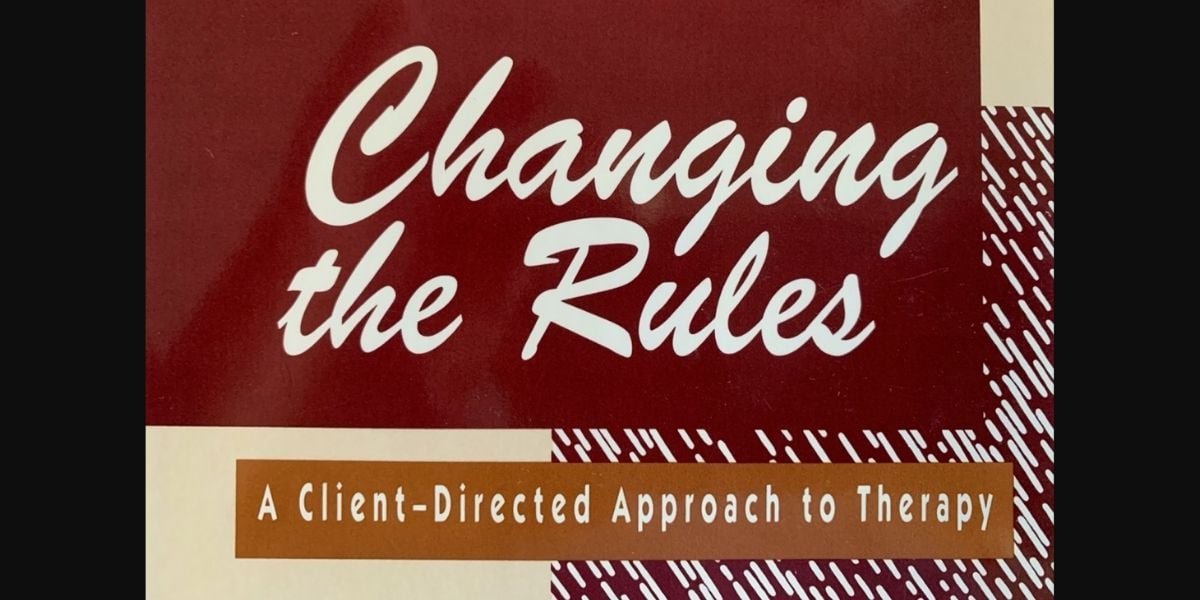 Despite glowing reviews, not much happened regarding the book. No one seemed to pick up on the argument we made. But then, Dorothy Moynihan and I followed with an article in Psychotherapy published in 1994.

The Path to Client Privilege

We focused on the empirical basis for privileging clients as well as what it would look like clinically—a client-directed process that de-emphasized theory and sought deliberate enhancement of common factor effects and maximum collaboration with the client. We said:

I know it’s hard to fathom nowadays given that you can get any article from any journal at the touch of a finger, but in those days, people acquired articles by going to the library (what’s that?) or by sending a postcard request to the author for a reprint. It was gratifying and fun to receive postcards from all over the world requesting something that you had written. Consequently, I always ordered a hundred reprints of any article I published.

At that point, in 1994, I had published many articles and sent out many reprints but I wasn’t prepared for the onslaught of requests that “Applying Outcome Research” generated—nearly 1400 requests! More than all the other articles combined. The article obviously struck a chord with many who were not enthralled with the sanctity of the model and looking for empirical justification for, and practical application of, the common factors.

Because of the article, famed humanistic therapist/researcher (and future author of “How Clients Make Therapy Work”) Art Bohart contacted me and invited me to present with him at the annual convention of the American Psychological Association. That presentation led to our friendship and collaboration over the years and his contributions to the "Heart and Soul of Change" books.

"Changing the Rules" began my journey to client-directed therapeutic services and “Applying Outcome Research” laid out a clear path forward to privilege the client over our favored theories and challenge our love affair with models and techniques.

But how do we operationalize these ideas? How do we ensure that clients are privileged in the therapeutic process? Stay tuned—or jump to the end of the story and request a free trial of Better Outcomes Now!