Clients Who Made Me Better: Early Lessons 4 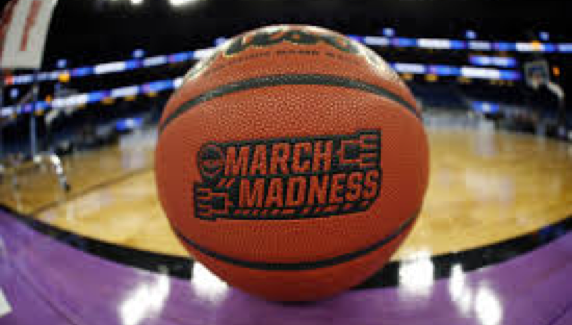 The alliance is the therapy.

A self-described agoraphobic, Fred only left the house for our sessions, and then only when accompanied by his wife, who stayed in the waiting room. When he was a long-haired, 19-year-old college student, Fred had been arrested in an auto‑wrecking yard in rural Texas for trying to steal parts for his broken-down Toyota. In the local county jail, he suffered multiple rapes and beatings, setting into motion a chain of events that led to a term in state prison and a stay in a state psychiatric hospital. He’d been deeply agoraphobic ever since and was the veteran of numerous unsuccessful psychiatric treatments and years of psychotherapy.

In our first session, Fred made only a few brief references to this history. In fact, most of our conversation was devoted to shooting the breeze about basketball—the NCAA finals were in full swing and we were both fans. Fred became very animated as we discussed the various teams, coaches, players, and I enjoyed his perceptions and his company. In each session, we spent more and more time talking about basketball and less and less about agoraphobia. By the end of the fourth session, though, I was wondering whether we were ever going to talk about anything else. So, primarily because I thought we ought to be doing something, I asked Fred to construct a list (a desensitization hierarchy) of the things he would like to be able to do, ranking them from the most difficult to the least difficult. I was happy now because I thought we had a focus and direction, and I could introduce relaxation, imagery, and covert rehearsal over the next couple of sessions.

Fred returned for the fifth session—the NCCA final game was over and we both played Monday morning quarterback for about 30 minutes before I asked Fred for the list. He handed it to me, not missing a beat in discussing the game. Out of 20 items, his 3 most difficult contemplated actions were: going to the bank, going to the dentist, and going to the mall. Although I didn’t comment, I noticed there was a checkmark by each of those items. Finally, in a break in the action, I asked Fred what the checkmarks meant. He casually replied that he’d accomplished all three. I almost jumped out of my chair, but Fred wanted to return to talking about the game. So, in the interstices of our basketball conversation, I asked him what the achievement of these goals meant to him, where he thought these changes might lead, and what might keep them going.

In the following weeks, we kept talking mainly about things we both enjoyed—sports, antiques, camping, and the wilderness. On the margins of these talks, Fred told me he wanted to exercise and started thinking aloud about sports he might take up. He also wanted to contribute financially to his family, which depended on his wife’s modest income as a software analyst while he took care of their young daughter. Such discussions took no more than 10 minutes of every session. By the eighth session, Fred had begun a jewelry business in his garage, regularly ran errands in town, and had taken up mountain biking.

In Fred’s last psychotherapy session, his 10th, he looked back and talked to me about all the times we’d shot the breeze. He didn’t even mention the desensitization hierarchy, which never became part of the work (given Fred’s audacity to change before the intervention was implemented). He told me that I was the therapist who had really understood him. The others, he said, had cut off his attempts at conversation to focus on his problems—they were too “clinical.” Fred also said that he valued talking to me man to man, and though he realized that I was not his friend, it felt good to connect in that way nevertheless.

Fred taught me that it was the relationship that counted, and our potential influence on the client’s evaluation of the alliance was the magic technique I’d always dreamed of finding. This doesn’t mean I’m suggesting enshrining “shooting the breeze” as the newest Holy Grail—not all clients want to spend their sessions talking about basketball. It does mean that it is important to listen to what clients want and to engage them in the process of making a difference in their lives. Previously, I’d thought of this sort of wooing as a precursor to the real business of therapy—much as “foreplay” was once defined as something separate from the real stuff of sex. Now, I realized that the alliance was, in fact, the therapy.