Clients Who Made Me Better: Early Lessons 6 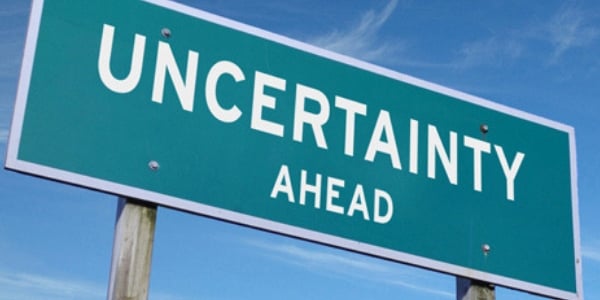 Uncertainty allows for the “not-yet-said,” the “aha moments,” and all the spontaneous ideas, connections, conclusions, plans, insights, resolves, and new identities that emerge when you put two or more people together in a room and call it therapy.

Natalie told me she’d been a multiple personality since childhood when her different alters provided protection from a brutally abusive environment. She felt she had already dealt with the abuse and didn’t want to become integrated into a single self, but rather wanted “co-consciousness,” a state in which the alters would be aware of each other’s experience without losing their separate identities. Natalie entered therapy because she had lost access to some of her most intuitive sub-selves.

Talk about uncertainty. I didn’t have any idea of how to help Natalie re-contact her missing alters or promote co-consciousness. I shared my lack of experience in these matters, and Natalie responded that her doctor had referred her and had said good things about me and that she trusted her completely. Besides, she added, the previous therapist, a dissociative identity expert, had all but demanded that Natalie give up her alters in service of an integrated personality. Natalie wanted nothing to do with that. Natalie told me that she didn’t fit the mold of how that therapist thought about multiples, and added, “I can’t help that!”

But I was willing to not know—to explore her world, to find out how her system worked, to validate it, and try to discover a way to help her re-access her alters. Natalie was quite remarkable: witty, obviously bright, and very artistic. She worked as a copy editor for a magazine by day and by night was an accomplished oil painter. Over the next few sessions, Natalie and others in her system explained to me that her alters lived in various rooms in a visualized house. Some were practical, others intuitive, and others tough as nails. She would visualize the pathway to the different alters’ rooms to access them; whoever had the best skills then emerged to deal with whatever life dished out. Except for now, when some of them had mysteriously gone missing. I sincerely told Natalie—an extremely intuitive woman, or collection of women—that I thought she had a “wonderful system” and suggested she think of all the ways she had gained access to her alters before.

A possible source to the problem was finally discovered. Natalie said she thought that the alters were hiding because her boyfriend, Joe, was embroiled in extreme, ongoing arguments with a brother and sister over the impending sale of their grandparents’ farm. Natalie believed that the alters were frightened and hiding, much like they did when she was a child. Once Joe became less unpredictably volatile, Natalie thought, access to her missing alters would return. With this discovery made, we focused on ways to address Joe’s anger and otherwise, in Natalie’s words, “deflect it” and diminish its impact on her alters. Natalie implemented our “inventions” (interventions constructed with the client) and Joe responded by calming down and becoming more attentive to Natalie’s needs. Subsequently, over the next days, several alters “came home.”

But my confusion and the uncertainty didn’t stop there. With the crisis with Joe abated, Natalie identified a new goal of addressing her Epstein-Barr virus. In the next session, a wise, spiritually centered, martial‑artist alter named “Nora” showed up. Since Natalie was already adept at visualization, I had planned to suggest that we fine-tune her skills to rally her resources against the virus. I suggested this to Nora instead, and we worked on various martial arts images to combat the virus. I wondered aloud if it was possible to teach the others the same skills, and Nora said she would try.

Perhaps in my most speechless encounter with a client since Tina (my first-ever client who dispassionately disrobed despite my dismay), Natalie appeared in the next session and with great enthusiasm exclaimed, “I’m a me!” My experienced and tempered empathic therapeutic response: “Say what?” I was so dumbfounded, so confused—I clearly didn’t know what the hell was going on. Hemming and hawing and undeniably lost, my clueless response to Natalie’s revelation often brings down the house when I show the video in my trainings. But as I always say, at least I was authentically stupid!

Then Natalie explained: Nora had called a meeting in a visualized library to communicate to the alters what she had learned about Epstein‑Barr. It was the first time they had all been in the same room together. Natalie reported that each alter had come forward, naming her special gifts to the overall system. After praying together, each alter had said, “I belong.”

Natalie told me, “Now I’m a ‘me,’ and I’m different. I am the collage of their gifts. Everybody’s there. And if they want, they could still come out, but I’m a me. This me is finding out a lot of things. It’s like I’m looking through a pair of new eyes that have never been touched or scarred.” Again, I was dumbstruck! She had gone beyond “co-consciousness” to a form of integration that she welcomed. I sat stunned for some time before Natalie asked me if she could give me a hug. I am not sure, in retrospect, whether it was a celebratory hug or one designed to comfort me and reel in my confusion.

Natalie stands out to me because I never have felt more cast adrift. I didn’t have a clue about what to do—no theoretical or technical training prepared me for this client and how therapy progressed over time. But I was there hunting for what could work, adding something when I could—the anger suggestions and the imagery to help combat the virus—until the unexpected occurred. Natalie also illustrates how difficult it can be to write about psychotherapy. At one extreme, it can sound like I’m hawking a new improved cookie cutter while condemning cookie-cutter solutions. At the other extreme, I probably risk offering vague camp-counselor platitudes about the importance of a good alliance. I believe it is best described, for me, as a collaborative expedition for the magic of the moment. Not the magic of the sweeping, dramatic gesture or an isolated technique or any other novelty, but rather the magic that grows out of exploring the client’s world, validating their experiences, and discovering what works.

The Magic of Uncertainty

Natalie taught me the magic of uncertainty, the place where anything can happen. “Not knowing” (hats off to Harlene Anderson & Harry Goolishian) infuses therapy with the excitement of discovery. This allows for the “not-yet-said,” the “aha moments,” and all the spontaneous ideas, connections, conclusions, plans, insights, resolves, and new identities that emerge when you put two or more people together in a room and call it therapy.