Clients Who Made Me Better: First Lessons 3 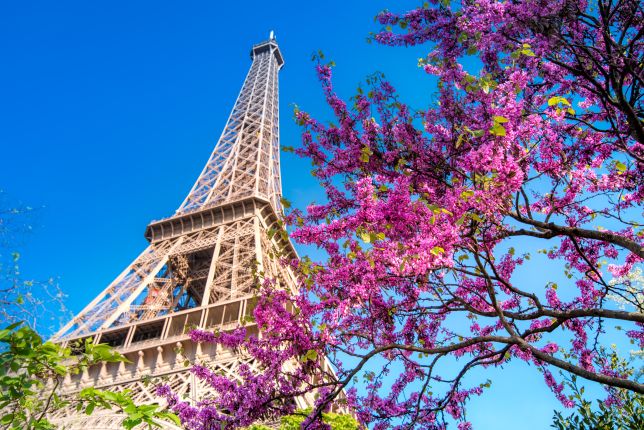 Of all tyrannies, a tyranny sincerely exercised for the good of its victims may be the most oppressive.

Shortly after my stint in the state hospital, in addition to my next practicum, I began working in a residential treatment center for troubled adolescents to help ends meet. So “disturbed” were these kids that everyone “required” at least two diagnoses and two psychotropic medications. One time when the psychiatrist was on vacation and the center director was unable to cover him, a sixteen-year-old, Dawn, was admitted to the center.

Dawn was like many of the kids, abused in all ways imaginable, drop-kicked from one foster home to another, with periodic suicide attempts and trips to hospitals and runaway shelters. I was assigned her case and saw her frequently in individual therapy as well as nearly every day in the groups I conducted.

She was very angry at times and uncooperative with staff, but I figured she had good reason, a perspective that has served me well. Despite all that, Dawn was a pure delight—creative, funny, and hopeful for a future far different than her childhood. She told me she just wanted to do her time there and get out on her own as soon as she was 18. So we talked about what would need to happen for her to gain emancipation. I liked her a lot and I admired the spunk of this worldly, street kid. The therapy went great: we hit it off famously, and Dawn settled in and started attending high school for the first time in several months. Our shared love of heavy metal seemed to seal the bond.

As time went on, I felt increasingly protective toward her. Her whole life she had been betrayed if not abused by so many adults and I didn’t want to join their ranks in any way shape or form. Three weeks later, the psychiatrist returned and conducted a diagnostic interview (with me present) in which he unbelievably started massaging her neck. Didn’t he have a clue what she had experienced in her life? Dawn told him to get his f…king hands off her. He responded with a lecture about adhering to treatment and prescribed an antidepressant and lithium for Dawn.

She angrily and adamantly opposed taking the medication—she said she had been down that path already. Dawn told him that she would run away if the center director made her take meds. But her voice went unheard. More accurately, she had no voice at all in her own treatment. After Dawn left the room, I protested to the psychiatrist, citing evidence of how well she was doing, but to no avail. I was only a mental health grunt and a student to boot. I argued that forcing meds on Dawn could be harmful, but he did not listen. Instead he lectured me about countertransference and how I was being manipulated into splitting—a sure sign of her psychopathology and my naiveté. He asked me if I thought patients should decide what treatment they get and told me that it was clear that I was way too involved. I responded that we were talking about Dawn not me. You can imagine how that went over.

Dawn became a different person—sullen, hostile, and combative. Soon thereafter she went to school, and true to her word, bolted. Days went by and I was very worried and increasingly angry at what I was coming to learn: “treatment” primarily consisted overmedication and control. I later found out that Dawn went on a three-day binge of alcohol and drugs. A carload of men picked her up while she was hitchhiking and ended the ride with a gang rape. Adding insult to injury, Dawn was forcefully injected with an antipsychotic when the police brought her back to the center. When Dawn described this experience, she saw the horror on my face and reassured me that she had suffered far worse indignities than being forcefully tranquilized. It was little solace for either of us. I just held back tears of frustration and anger. Here was this kid just raped, and then suffering the indignity of a forced injection trying to console me!

Dawn persisted in her ardent protests against the medication and did everything she could to sabotage taking meds. She had an undefeatable spirit. I felt weak in comparison. I encouraged her to talk to the center director. Rather than listening, however, the director admonished me for putting ideas into Dawn’s head and told me to drop it. But I couldn’t. Instead, fueled by Dawn’s spirit and my frustration, I spent days researching the literature. What I found surprised me. In contrast to what most clients were told, little was known about how psychotropic drugs actually worked. Moreover, there was no empirical support for prescribing these drugs to children—let alone multiple drugs. I couldn’t find one study. Figuring this wasn’t possible, given the way they were given to kids on the unit, I asked for library assistance and guess what, not one study addressed the use of tricyclics, lithium, or antipsychotics with adolescents. Finally, I was shocked to find that the very helpfulness of medication with adults was suspect. It seemed that everything I had been told about the rationale for using these medications for youth “mental illness” was simply not true and not based on any evidence.

I organized my findings into a brief report and made an appointment to see the psychiatrist who was less than happy to see me. I presented the information respectfully and included my astonishment over not being able to find one study demonstrating the effectiveness of the medications with kids.

How did he respond?

He fired me on the spot yelling that I had five minutes to clear out.

I managed to see Dawn before I left and she said with a smile that at least one of was getting out. She told me not to worry about her, and I did know that she was indeed a survivor. Dawn also thanked me for supporting her about the whole med thing, and added that no one had ever done anything like that before for her.

I left demoralized and confused, but this was the defining moment of my career. Nothing was the same for me after this. I lost my job and my innocence. I no longer believed the things I had been told just because they came from authority. This experience taught me never to be complacent or complicit again as a function of ignorance—that I had to look at things myself and draw my own conclusions. From that point on, I questioned things much to the chagrin of some teachers and supervisors. Until this point, I had believed that being a therapist, and therapy in general, were based in only helpful assumptions. I now understood that “helping” with good intentions can also hurt quite substantially, and be downright oppressive. This was the precursor to my passion for privileging client perspectives about their own care.

And Dawn was inspirational. Here was this 16-year-old kid able to stand up to this arrogant doctor and entire system that completely ignored her perspective in the name of “helping.” She had been horribly abused and yet she found a way to fight back without losing hope or her dignity. Dawn really believed that she could transcend all the unpleasantness and prevail. And she did. She taught me if someone like her who had been through so much could overcome this level of adversity, then anyone could. This led me down the path of being aware of, and trusting in, client resources and resiliencies to lead the way in therapy.

I eventually heard from Dawn years later when she saw my private practice announcement in the newspaper. She sent me a postcard of a picture of the Eiffel Tower, and opened her note in true Dawn form, “No, dumbshit, I am not really in Paris.” She wrote that she was taking classes at the community college and had a new baby. Life was challenging, but she was doing well. In the brief note she sent, a postcard without a return address, she said that she wanted me to know that she was still grateful for all I had done for her. I wish I could have told her all that she had done for me.