Clients Who Made Me Better: Later Lessons 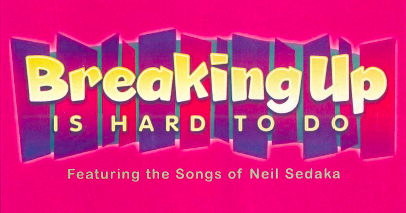 They say that breaking up is hard to do.

In my career, there have been many memorable clients who taught me invaluable lessons about the work that I love. One of the greatest therapist lessons I learned, though, did not occur until I had more than 24 years of experience.

Eighteen-year-old Alina sought help because she felt completely devastated. In her estimation, she’d lost everything she’d worked her whole life to achieve. After captaining her high school volleyball team, commanding the first position on the debating team, and being named valedictorian, she’d won a full scholarship to Yale. She was the pride of her Guatemalan community — proof of the many benefits her parents had envisioned would come with living in the United States.

Her unqualified success unraveled during her first semester away from home and the insulated environment in which she’d excelled. She began hearing voices. After a visit to the university counseling center, Alina was admitted to a psychiatric unit and dosed with antipsychotics. Despondent, she threw herself down a stairwell, prompting her parents to bring her home. Alina returned home in utter confusion, still hearing voices, and with her self-image badly eroded. Besides seeing herself as a failure and major disappointment to her family, she believed she’d let down everyone else in her tightly knit community.

I was the 20th therapist the family called, and the first who agreed to see Alina without medication, a precondition she imposed. From the start, it looked as though we hit it off famously. Her investigation on the Web had revealed my consumer-driven philosophy and my leanings away from pharmaceutical solutions as first-line interventions, both of which scored high marks with Alina. For my part, I admired her humility and intelligence. I was especially taken by her spunk in standing up to psychiatric discourse and asserting her preferences about treatment. I couldn’t wait to be useful to Alina and get her back on track. When I administered the Outcome Rating Scale (ORS), Alina scored a 4, the lowest score I had ever seen.

We discussed at length her experience of demoralization — how the episodes of hearing voices and confusion robbed her of her dreams, and how her years of hard work had yielded nothing. I did what I usually found to be helpful: I listened, commiserated, validated, and worked hard to mobilize Alina’s resilience to begin anew.

But nothing happened. By the third session, she remained unchanged despite my best efforts. The therapy was going nowhere fast — a score of 4 was a rude reminder of just how badly therapy was progressing. At this checkpoint session, I went over the Session Rating Scale (SRS) with her and, unlike many, Alina was specific about what was missing.

She revealed that she wanted me to be more active; so I was. She wanted ideas about what to do about the voices, so I provided them — thought stopping, guided imagery, and content analysis. But no change ensued, and she was increasingly at risk for a negative outcome. Alina told me she had read about hypnosis on the Internet and thought that might help. Since I was around in the 80s and you couldn’t escape that time without hypnosis training, I approached Alina from a couple of different hypnotic angles — offering both embedded suggestions and stories intended to build her immunity to the voices. She responded with deep trances and gave high ratings on the SRS. But, and this is a very big but, the ORS remained a paltry 4.

At the last-chance discussion, we discussed what we had done and what was left to do. One thing we hadn’t done was to involve her family, which Alina always had put the kibosh on. I brought it up again, because it was all that seemed left to do because I had definitely exhausted my repertoire. I knew we needed fresh blood. After Alina again refused family involvement, we discussed the possibility of a referral, but settled instead on a consultation with a team of therapists (led by the talented Jacqueline Sparks). Generally, I observe consults with another therapist conducting the session via the monitor but Alina wanted me to be in the room. As is often the case when you bring new people in the mix, the conversation with Jacqueline introduced considerations that I hadn’t thought of, and one seemed especially important because it really brought Alina to life.

Our sessions had been characterized by long silences and rather cryptic conversations, but when Alina started talking about the sequence of events after she arrived at Yale, that all changed. Alina told the story of her first semester and how she realized that she was “a 10-year-old trapped in a 19-year-old body,” that all the other women were going out with men and she was this frightened child. She called herself “socially retarded” and surprisingly expressed anger and frustration with her parents and community for sheltering her so much. Her reluctance to involve her family finally made sense.

Jacqueline and the team commented on the “family differentiation” issue and an agreement was reached that it seemed important to pursue. After Alina rated the encounter very high on the SRS and the session ended, I commented how well the session went and how much more animated Alina seemed. I asked if it made more sense for her to pick up on the ideas with Jacqueline. Alina responded, “No way. You and I can go from here.” Since we had some fresh ideas to pursue, I agreed. And we did for a couple sessions. No progress, though — her ORS score remained firmly fixed at a 4.

Now, what? We were at the ninth session, well beyond the number of visits clients typically required for the start of change in my practice. After collecting data for several years, I knew that 75 percent of the clients who benefited from their work with me would show it by the third session. Ninety-eight percent who profited would do so by the sixth. Considering this data, was it right to continue seeing Alina? Was it ethical?

Despite our mutual admiration society, it wasn’t right to continue. A good relationship in the absence of benefit is a good definition of dependence. I shared my concern that her dream would be in jeopardy if she continued seeing me. This session was video-recorded, and if you were to watch the video, you would be likely struck, as many are, by the decided lack of fun that both Alina and I had during this discussion. We look like two depressed peas in a pod. So much so, people sometimes ask if I am intentionally mirroring Alina for joining purposes. Not even close — I am simply bummed out, like Alina, about her lack of change and the ending of our relationship — breaking up is hard to do.

But I needed to step aside and allow another opportunity for Alina with another therapist. By the fourth session with Jacqueline, Alina had an ORS score of 19.3 and enrolled to take a class at a local university. Moreover, she continued those changes and reenrolled at Yale the following year with her scholarship intact! When I wrote a required recommendation letter for the reinstatement of her scholarship, I administered the ORS to Alina and she scored a 28.9. By getting out of her way and allowing her and me to “fail successfully,” Alina was given another opportunity to get her life back on track — and she did. Alina and Jacqueline, for unknown reasons, just had the right chemistry for change. Alina ultimately graduated from Yale.

This client turned out to be a watershed for me. I believed in heeding the results of the measures, especially how it placed clients at center stage and pushed me to do something different when clients didn’t benefit. Nevertheless, I struggled with letting go of those clients who didn’t benefit; in whose lives I had become personally invested. Alina awakened me to the perils of such situations and showed a true value-added dimension to the Partners for Change Outcome Management System (PCOMS) —namely, the ability to fail successfully.

As many therapists encounter over their careers, for me, this young woman represented a client whom I was tempted to see for as long as she wanted. I cared deeply about her and believed that, in time, I’d surely find a way to help her.

But such is the thinking that leads to “chronic clients.” Therapists — no matter how competent, trained, or experienced — can’t be effective with everyone they meet. PCOMS makes it easier to determine when clients aren’t improving and arrive at more objective decisions about what to do about it. Although some clients want to continue in the absence of change, far more do not when given a graceful way to exit. This is one of the most important therapist lessons to learn.