Don Rogers is retiring from New Vista, a large behavioral health organization serving 17 counties in central Kentucky. Don started 27 years ago during an internship for his masters in clinical psychology. He liked what he saw:

“As a non-profit CMHC, this organization fit my desire to spend my career serving the community and trying to make the world a better place.  I worked in a small rural clinic in Powell county providing the full spectrum of mental health and substance abuse services.  Along the way, I became involved in clinical leadership projects and took on more and more supervisory and program management responsibilities which eventually led to me becoming the Chief Clinical Officer.” 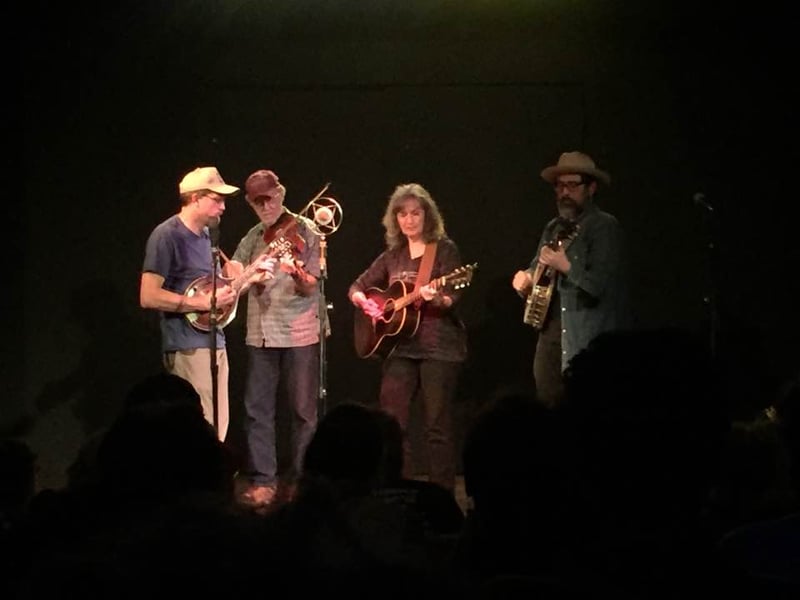 Don brought a pragmatic and critical thinking perspective to his work which came from what many might consider an unusual place, farming.

“All through high school and college I worked on farms, mostly for the same farmer.  He taught me to look at the world in a way that cuts through commonly held traditional ideas about farming practices and use critical thinking and evidence to understand how to operate to get the best results.  It occurred to me that the same way of thinking that I learned on the farm applied to program management, leadership and counseling.”

Don became involved with the Partners for Change Outcome Management System (PCOMS) in 2011 when David Hanna (another icon of Kentucky behavioral health services) was tasked with selecting a clinical outcome measurement system.  He heard Barry’s presentation at the Kentucky Psychological Association’s annual conference and began pursuing PCOMS implementation. Don attended the annual Training of Trainers Conference (TOT) in 2012, became a Certified PCOMS Trainer, and took the lead role in implementation in 2013. Thanks to his leadership, New Vista has been at the forefront of large agency PCOMS implementation.

“PCOMS presented a framework that brought all of the other elements of my career, including what I learned on the farm, together to a focus.  It provided concepts and practices that align good clinical care, empirically determined practices, use of evidence as a guide, ethical clinical philosophy and tools to help improve program operations and treatment effectiveness into one coherent system that could be easily trained and supported.” 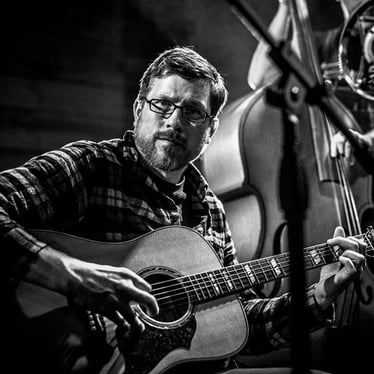 But you can’t know Don without knowing not only his excellence in music but also how much music is a part of his soul.

“As a kid, I heard many stories of my ancestors playing music in their family hillbilly band in the early 20s from my dad. I started playing some chords on a guitar that my dad showed me when I was 11 or 12 years old.  When I was 15, I began taking lessons on how to play bluegrass banjo and developed into a pretty good player.  In college, my interest shifted to rock and roll guitar, particularly the music of the Allman Brothers and Grateful Dead.  In graduate school, some friends and I started a rock band that lasted over 20 years, then later on a bluegrass band that played in local bars and a few regional venues.  Over the last 15 years I have also learned to play the fiddle and become more proficient on mandolin.  I also have taken up more and more interest in song writing.  All of this combined has resulted in me playing in several bands including rock and roll, bluegrass, traditional Kentucky string band music, jazz, and traditional country music.  I also teach traditional Kentucky fiddle, guitar and mandolin from time to time at music camps.  I have self-produced a few records of my own original music and play at local venues and festivals.  A couple of my songs have been recorded by the up and coming regional act, The Local Honeys.”

Congratulations Don, for a great career. You leave some big shoes to fill. Thanks for your commitment to clients and to PCOMS.  We look forward to your continued musical endeavors and successes. 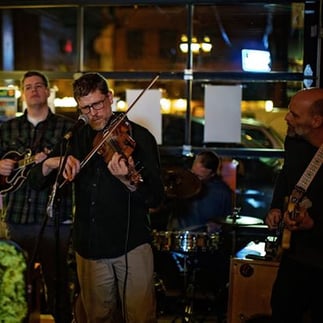 Don has many YouTube videos of his eclectic musical performances but this one is particularly good and rings true for a boy with roots in Rockcastle County.