A box without hinges, key, or lid, yet golden treasure inside is hid. 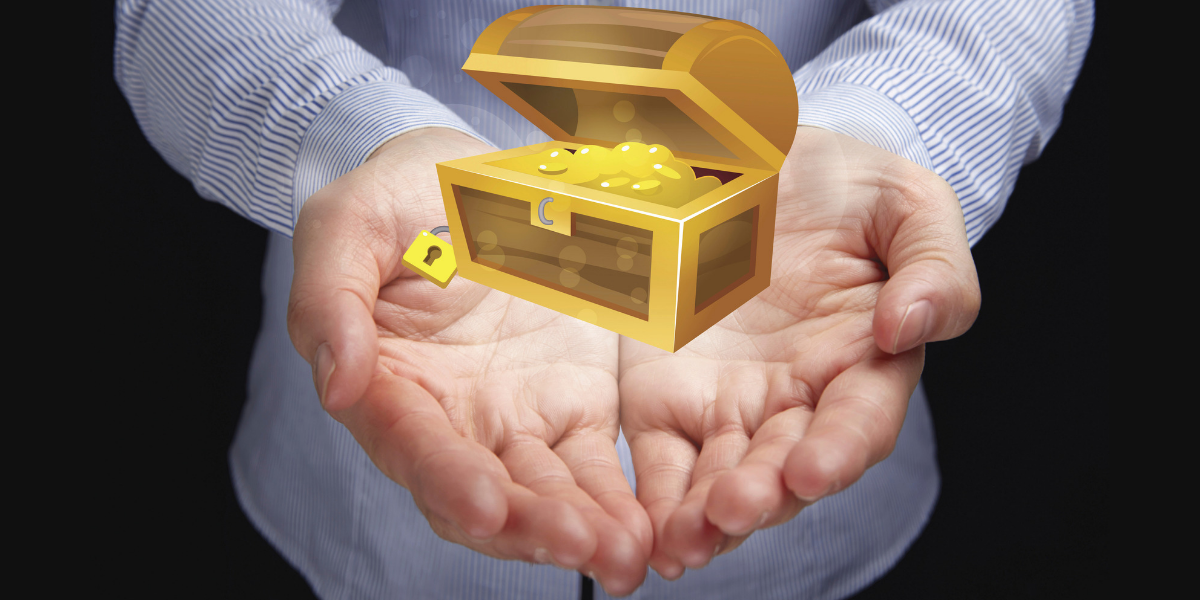 The Treasure Chest is a way to buffer therapist burnout, a momentary sanctuary from the downsides of the work when the requirements of the system bring you down, or when you see several clients in a row that aren’t benefiting much, or when a client story hits home in a painful way. The Treasure Chest is the place to go to escape tough times and reconnect to the work, to why you became a therapist in the first place. It is also where you can add your own narrative accounts of the clients who influenced your development as a therapist.

A Box of Unsolicited Communications

One connection that particularly recharged my batteries was with Adam, a young man who spent his 18th birthday in prison for gang violence, but who was released soon after as part of an early parole program. He was mandated to therapy, and I saw him as a favor to the parole officer (PO) who had been a student of mine. Adam was a long-time member of the skinheads as well as a local gang. I wasn’t sure I could work with Adam, not because of his record or gang status or because he was a scary-looking dude, but rather because he was openly racist and regularly spewed hate-filled comments.

In amazing ways I had never heard, Adam strung together obscenities and slurs with an alarming passion—about me (I was a lackey for the other side), the PO (an African American woman), and about everyone else who wasn’t dedicated to white supremacy. But, somehow, therapy worked its magic with Adam and me.

Over time, Adam’s intellect and compassion pulled him out of the indoctrination of hate that had dominated his life. He became curious about my attitudes about African Americans, Jews, and Hispanics when he learned that I grew up not far from where he did—a serendipitous shot in the arm for our work. Our conversations deepened and ultimately challenged the lies embedded in hate and prejudice. Adam, an introspective man, took these discussions to heart and began to let go of his racist background and understand how poverty and despair set the context for his beliefs. He moved out of the neighborhood where the specter of gang life was inescapable and moved on in other ways as well.

About 6 months after I had written a letter in support of Adam’s enlistment in the Army, I received this message from him:

I wanted to write you and let you know what was happening and to say thanks. As you know I fulfilled the obligations of my parole and joined the Army. (Thanks for the letter!) I just made corporal and things are going well for me. I am told that I am sergeant material, and I intend to take college courses when I get stationed after infantry training. But what I really wanted to tell you about was my barracks. The Army has lots of different kinds of people. In fact, I am the minority here. Most of the guys in my unit are black or Hispanic. And that’s the thing I wanted to tell you. I see their uniform first before I notice whether they are white or not. I see them as my team, and I will watch their backs like I know they will watch mine. My best friend in my unit is a Mexican-American guy from Texas. We have had some great discussions about racism and he came from a real poor background, probably even worse than me. He has gone through some real hard times with white people.

So, thanks, Barry. Thanks for not giving up on me, for putting up with my bullshit, and for seeing that I was capable of something different. I see now that you didn’t (pre) judge me just the way that I now don’t prejudge others.

Unsolicited notes, letters, and cards like this have sustained me in tough moments as a therapist. Over the years, I added another dimension to my Treasure Chest file—my reflections about the clients who taught me the most about being a psychotherapist, a narrative account of my development told through my experiences with clients. I have shared many of those stories in my blog posts.