The Partners for Change Outcome Management System (PCOMS), a routine outcome monitoring (ROM) system that provides consumer feedback about the benefit and fit of services is widely used across behavioral health centers and multicultural settings. Despite its history of broad implementation for improved therapy outcomes, concerns are sometimes raised about PCOMS’ applicability when working with diverse clients in specific cultural, racial, or ethnic groups. Before addressing how PCOMS is not only applicable, but also provides an antidote to cultural insensitivity, here are some facts:

Digging a little deeper than the numbers, consider the cultural sensitivity/social justice issues involved in measurement based care (MBC). Sometimes, the question arises regarding whether MBC in general and PCOMS specifically impose western thought on non-dominant cultures. Dr. Jacqueline Sparks, leading routine outcome monitoring (ROM) expert and social justice scholar believes that PCOMS measures are different in that they are designed specifically not to impose western ideology on those who come from non-western cultures. 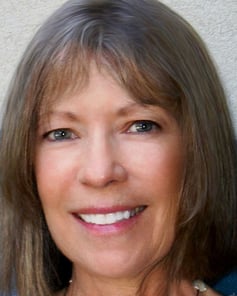 Our mental health system is western-based, particularly its emphasis on the objective expert apart from the client who can determine the process and procedures that will “cure” the client, based on western norms of [fill in the blank—what is a healthy man, woman, couple, family, etc.]. There are many tragic histories of how this model has produced oppressive practices. PCOMS, instead, fundamentally alters this dynamic, inviting a collaboration where the distinction between us and them is broken down and where client views, including cultural and spiritual preferences, are honored first and foremost. PCOMS is an antidote to western oppression of indigenous and non-European cultures.

Granted, the forms, despite being translated into 28 languages, come from systems of measurement that are rooted in western thought. However, the visual analog continua and lack of specific content questions allow a broad range of flexibility for the client to communicate his or her unique experience. They, not a diagnosis or theoretical lens, provide the starting point for the conversation that unfolds the client’s unique story, views, and preferences. I make the assumption that the desire to not be “done to” but to do (for self/family however conceived), to have a voice that is heard, is valued cross-culturally.

Read more about PCOMS as a both/and system, providing a valid signal of client progress while facilitating communicative processes that allow for individual construction and resolution of the reasons for service.