Who Benefits From Ubiquitous Screening?

Before I answer the question posed in this blog, first let me say that there is nothing wrong with trying to identify folks who are struggling so that help can be provided. And there is nothing inherently wrong or evil about the PHQ-9 or GAD-7. In fact, Better Outcomes Now (BON) includes these measures because they are mandated in some settings, and in the upcoming new version of BON, unlimited analysis will be available as it is with the Outcome Rating Scale. (ORS). But questions do need to be asked when mandated screenings are increasingly promoted.

If it were up to the pharmaceutical industry, every human being on the planet would be regularly screened by their primary care doctor for depression and anxiety, the two diagnoses easiest to sell to the public and capable of reducing all the stressors in life (poverty, lack of access to a good paying job, high debt, the pandemic, discrimination, troubled relationships, the state of politics, climate change, war, social unrest and violence, to mention a few) to just two categories with available treatments just a prescription away. Unfortunately, it seems that it is up to the drug industry because it already happened for depression and anxiety is next in line. The U.S. Preventative Services Task Force recently recommended screening for everyone under 65, including teens and children. They assert that Americans have been reporting increased anxiety, now at “crisis levels” in response to a variety of stressors, including inflation and crime rates, as well as fear of illness and loss of loved ones from Covid-19. There are many things making us nervous these days. Thanks so much for the earth-shaking revelation!

Arguing that screening can prevent disorders from going untreated, the unstated fact is that treatment largely consists of medication given the unavailability of other less invasive mental health interventions. The overwhelming majority of primary care clinics do not have embedded behavioral health providers. Also unstated is the absolute normalcy of distress in response to difficult circumstances. Rather, distress is quickly translated to disorder, demanding treatment from medical experts. And it is far more convenient to put the onus on individual “pathology” than to address the social causes of distress like income inequality or racism. 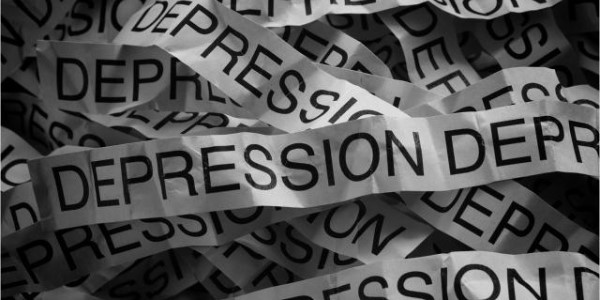 The media might as well be on the payroll of pharmaceuticals. I know that sounds like I am a wide-eyed conspiracy theorist, but it’s true and I am not. News outlets, even ones that I respect, often take press releases without much critical scrutiny. In addition to the article described above, the New York Times recently reported the recommendations of the U.S. Preventive Services Task Force to screen children and adolescents for depression and anxiety in addition to their already established recommendations for adults. The familiar refrain is repeated, crisis level increases in anxiety and depression and the advantages for the suffering to identify them, even those who are not presenting with explicit signs. People are sick and don’t even know it!

Not much investigative journalism or critical thinking here, in either article. The key question was not asked, “Who benefits from ubiquitous screening?”  The Task Force website boasts, “Members are screened to ensure that they have no substantial conflicts of interest that could impair the scientific integrity of the Task Force's work.” “Substantial” is the key word here. What is an insubstantial conflict of interest? What is an insubstantial affiliation with the pharmaceutical industry?

Who Developed the Measures

Another angle on the who benefits question requires a deeper dive into the screening instruments themselves, starting with who developed them. The answer is quite telling. Pfizer (the maker of Prozac) funded the development of the two most used and circulated screening scales for depression (the Patient Heath Questionnaire or PHQ-9) and anxiety (Generalized Anxiety Disorder or GAD-7). Since their development and incredibly rapid widespread circulation, seemingly overnight, diagnoses of depression and anxiety has increased—and so has psychotropic medication prescription. These screening scales are readily available in any language you can think of for free with no restrictions on their use or incorporation into existing software. Pfizer is so generous.

These brief scales quickly screen for depression and anxiety (they say they don’t diagnose but that’s how they are used, and a diagnosis is required for insurance reimbursements for treatment), fitting nicely in the rapid workflow requirements of primary care. In the absence of alternatives, a rapid prescription is available when a patient pops positive, i.e., scores in the “clinical” range on the measures. The physician had done their job, the screening provides a fast-food solution, removing the anxiety out of what’s for dinner when there’s nothing in the refrigerator.