Clients Who Made Me Better: Early Lessons 3 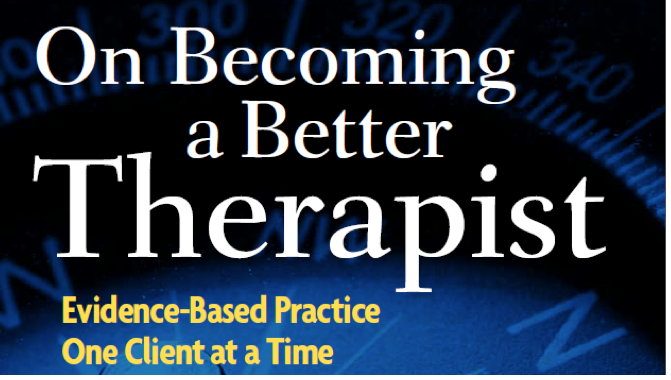 Facts don’t cease to exist because they are ignored.

This is a bit of tawdry tale, but nevertheless an invaluable marker in my development as a therapist. Richard, a 29-year-old systems analyst, was referred by his company doctor because of Richard’s increasing distress and frequent absences. When I greeted Richard in the waiting room, he jumped out of his chair, got right in my face—not 3 inches away—and demanded “What are you going to do for me?”

Richard didn’t look too good. The 60-cent therapy words would be “agitated” and “disheveled.” Tension and distress characterized his every move, and he looked as if he hadn’t slept in days—if he had slept, it was surely in the clothes he was wearing. I tried to stay calm and just invited him to accompany me to my office, whereupon Richard raised his voice another notch and repeated his question, and was once again too close for comfort. I was definitely freaked at this point, but I believed that if I could just get Richard to tell me what was up, all this agitation and hostility would make sense.

I simply replied that I didn’t know if I could do anything for him, but that I would try my very best, and would he please have a seat and tell me what was going on. After staring intently at me for what seemed like days, Richard finally sat down on my couch and told his story, and the floodgates opened. Richard began suspecting his wife, Justine, of having an affair after he discovered footprints in the snow in his backyard. Other bits of evidence (telephone hang-ups, Justine staying out later than expected) resulted in Richard becoming increasingly convinced of her infidelity. He followed her, meticulously searched her belongings, and kept track of her whereabouts. But he could not find the incontrovertible evidence that he was sure existed.

Throughout Richard’s growing mistrust, Justine emphatically denied the affair and told him he needed help. Perhaps in desperation, Richard began to secretly check Justine’s underwear for signs of semen, which would provide ironclad evidence of her unfaithfulness (given that there was no sex with him).

Finally, Richard found stains on her underwear and took it to a laboratory, which confirmed the presence of semen. Justine still denied his accusations and insisted the semen was his. She stepped up her efforts to involve others, telling friends, family, his employer, and their own children, that Richard was sick and in need of hospitalization. Justine rallied many to her cause and filed for divorce. The company doctor concurred with her assessment, as did the first provider that Richard saw, a psychiatrist who offered an antipsychotic to ease Richard’s pain. Richard didn’t do much to disconfirm everyone’s assessment of his sanity. He was doing some pretty wacky things and looked more distressed and haggard with each passing day.

Richard told me that he was obtaining a DNA analysis of the semen to see if it was a match with his. While scrutinizing my every reaction, not in a threatening way but rather like a condemned man waiting for a sentence, he nervously asked me if I believed him.

So was Richard psychotic or was Justine a liar? Subsequently, I talked with Justine and invited her to therapy, but she declined. She was very persuasive and pulled out all the stops to describe Richard as hopelessly psychotic and in need of medical help, noting that Richard’s sister was also schizophrenic and lived in a group home. What would you say to Richard?

I told Richard that I did believe him. Richard allowed himself a moment of relief, but pressed on and told me that the DNA test was going to cost a lot of money, money that he had to borrow. He then leaned forward, stared uncomfortably, and asked me the big question: Did I think he was crazy for spending all that money?

I responded that peace of mind is cheap at any price. Richard broke down and cried long and hard. He had been through a lot, and was starting to believe what many had told him—that he was paranoid and needed medication. After a while, we started talking about what he needed to do to stop looking crazy while he waited on the DNA results. If we took the affair as a given, and that her intent was to make him look crazy as a loon, then everything he was doing was playing right into her hands. Richard and I worked out a plan to get normalcy back in his life; to return to work, start spending time with his kids, and take better care of himself. He did all of those things and continued to bide his time as best he could.

Eventually, the results came in. Although Richard was greatly saddened when the DNA results confirmed that the semen was not his, he was not surprised. Ultimately, the whole seamy business came to light, and Richard went about rebuilding his life. I was both relieved and heartened by the results. I had taken a bit of a risk to believe Richard. Justine threatened legal action against me for not insisting on medication, and the company doctor suggested I was acting unethically. In a sense, I was vindicated along with Richard, but moreover, I was heartened that my belief in him seemed to make a difference regarding getting Richard back on track in his life—regardless of the ultimate truth of his story.

In retrospect, by encouraging Richard to tell his story and not getting sidetracked by Richard’s initial presentation or by attributions of pathology, I had the opportunity to make sense of Richard’s hostility and agitation. No wonder he was hostile, given that others had essentially told him he was crazy and was wasting his family’s money. In the context of our relationship, Richard found validation of his concerns to replace the invalidation of others.

I was so moved by the depth of Richard’s suffering, and his response to my simple act of believing him and understanding his desire to know what was going on, that I have never forgotten it. Honestly, while Richard told me his story, I struggled with believing him, which I knew was risky to our alliance. But I ultimately made a conscious choice during that session, to believe Richard—that it didn’t matter how bizarre it seemed or how classically paranoid it looked. I decided, at the very least, that my client deserved to be believed. That was a significant event in my development as a therapist.

From that day on, I no longer struggled with being a reality police officer. Such an attitude does not fit through the alliance filter. And while it’s true that sometimes people do lie, even maliciously, like Justine, I am willing to suspend disbelief until the “facts” appear, or maybe even into perpetuity.