Our own Project Leader and long-time PCOMS enthusiast, Dr. Bob Bohanske is the recipient of the Karl F. Heiser APA Presidential Award for Advocacy. Dr. Bohanske was an early adopter, implementing PCOMS after attending a conference in Austin in 2002 and receiving the first edition of Heroic Clients, Heroic Agencies: Partners for Change. His agency was ready for a change and Bob was taken by PCOMS’ focus on client privilege and recovery. By 2007, PCOMS was on its way to full implementation in the largest public behavioral health system in Arizona. 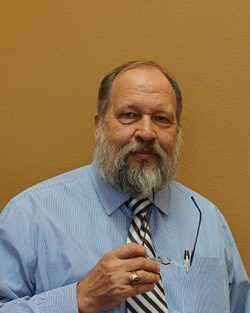 butions cannot be overstated. Not only instrumental in the biggest PCOMS implementation in the US, Bob has been central to research about the real-world effects of implementing PCOMS as a quality improvement strategy in outpatient and inpatient treatment. That research has demonstrated that incorporating PCOMS promotes outcomes comparable to those found in randomized clinical trials and is a viable quality improvement strategy. In addition, Dr. Bohanske was the first to implement PCOMS in peer recovery services, using What’s Right With You to train peers in the PCOMS process. This paved the way for Certified Trainer, George Braucht to fully integrate PCOMS and What’s Right into the training for the Georgia Certified Addiction Recovery Empowerment Specialist or CARES Academy. Finally, Bob, via his faculty status with two Henan Province universities, has spread the PCOMS word to China.

The Karl F. Heiser Award honors those psychologists who have given voluntarily of their time to define the discipline of psychology statutorily by state and federal laws and regulations through advocacy. Such laws and regulations include, but are not limited to, licensure, freedom of choice, Medicare, Medicaid, Workers Compensation, disability determination, mandatory mental health/substance abuse coverage, civil commitment, hospital practice, prescriptive authority, child protection and elder protection, etc.

The presentation will be made by the APA president on Saturday August 11 at the Annual convention of the American Psychological Association in San Francisco.

Please join us in congratulating Bob for yet another award for his achievement-filled career.