In this historical series of blog posts discussing the journey to client-directed therapeutic services, the previous post shared insights gained from The Heroic Client. This post does the same, but for Heroic Clients, Heroic Agencies: Partners for Change.

Outcome measures and feedback systems largely arose from rigorous psychometric research and the desire to prevent treatment failure or guide intervention from a specific treatment ideology. In contrast, the Partners for Change Outcome Management System (PCOMS) started from everyday clinical practice and a desire to privilege the client in the therapy process. Systematic feedback offered a way to make “client directed” happen, a focused, transparent, collaborative process to honor the client’s perspective about outcome and the alliance. 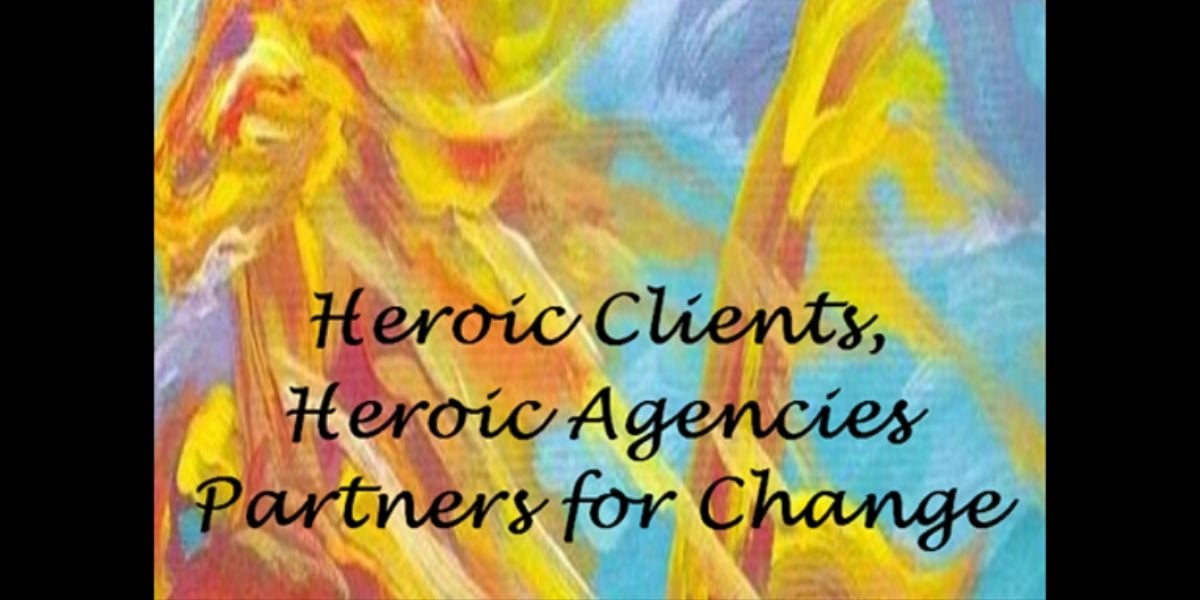 PCOMS arose, then, from a desire to privilege clients and an intent to make manifest what mattered most to therapy outcomes, the common factors. Recall that Duncan and Moynihan (1994) advocated a more intentional use of the client’s theory of change as well as deliberately maximizing common factor effects (mainly client and alliance factors). Systematic feedback seemed not only a natural extension of this argument but, more importantly, offered a way to make it happen—a structured process to honor the client’s frame of reference while encouraging clinicians to routinely and transparently discuss outcome and the alliance.

From these origins, and concerns regarding the feasibility of longer measures, the Outcome Rating Scale (ORS) and Session Rating Scale (SRS) were codeveloped. The ORS emerged from two ideas. Arising from my early training in solution focused therapy, scaling questions quickly came to mind because they assessed client perceptions of problems and goal attainment (“On a scale of 0 to 10, with 0 being the worst it’s been with this concern and 10 being where you want it to be, where are things right now?”) (Berg & deShazer, 1993). Client-based scaling provides instant feedback and privileges the client’s voice when assessing the effectiveness of therapy. After repeated occurrences of therapist non-adherence to outcome measurement protocols, I suggested to Miller that we simply ask scaling questions based on the major domains from the Outcome Questionnaire 45.2 (OQ; Individual, Interpersonal, Social) to enable a total outcome score to record on a form. 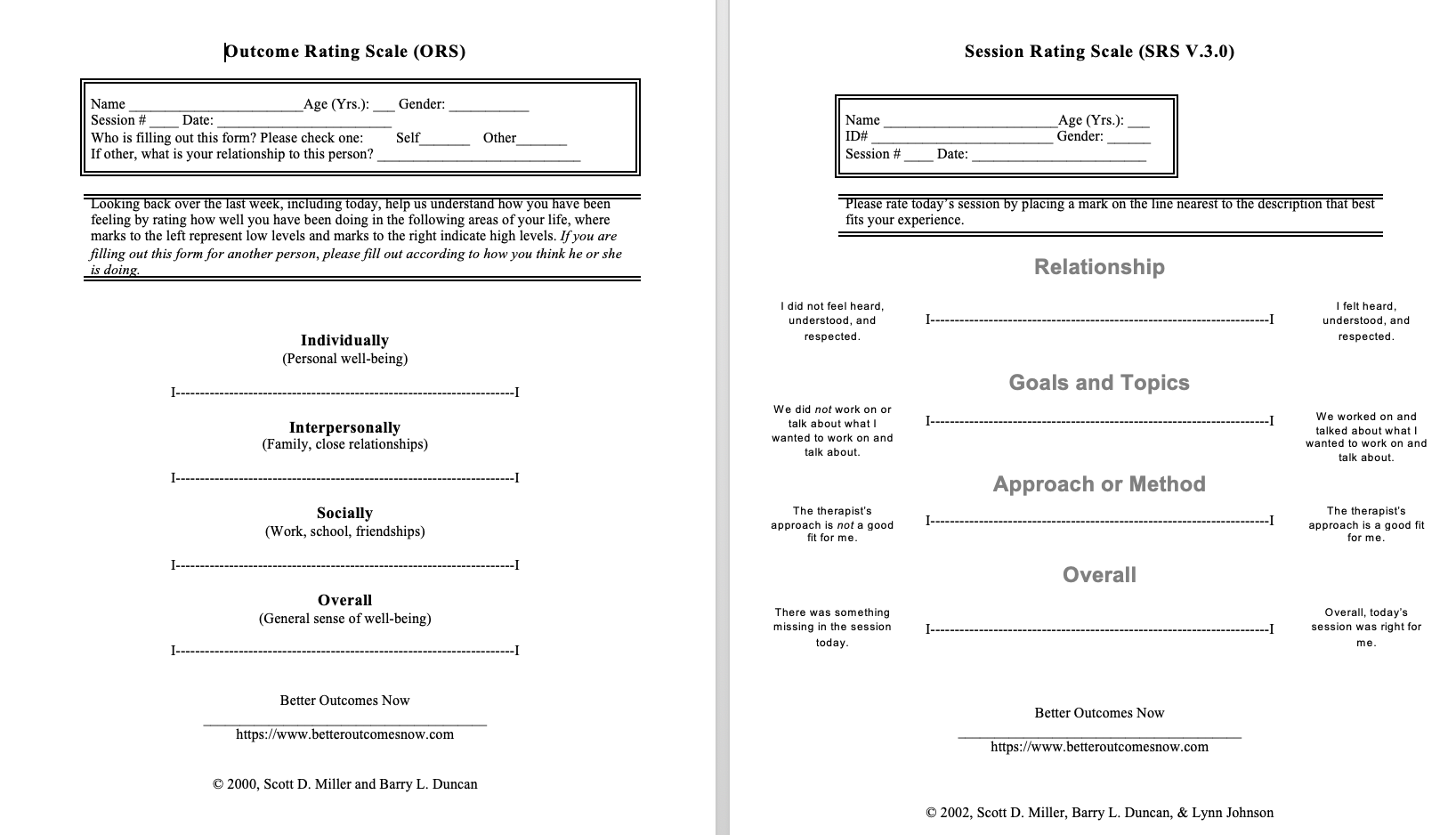 Later, after researching different formats, Miller suggested the use of a visual analog scale because of its demonstrated face validity instead of scaling questions, and the ORS (Miller & Duncan, 2000) was born. The SRS came shortly thereafter.

Clinical Process of Using the ORS and SRS Rating Scales

Thereafter, based in two years of my private practice experience as well as the multiple teams that I supervised in a community clinic, I developed the clinical process of using the ORS and SRS rating scales and detailed it first in the original PCOMS manual entitled, Heroic Clients, Heroic Agencies, Partners for Change (Duncan & Sparks, 2002). This was the first of my many collaborations with Dr. Jacqueline Sparks. Later the clinical process of PCOMS was reiterated in the revised Heroic Client (Duncan et al., 2004.). Recall that the first Heroic only discussed the OQ and the Working Alliance Inventory. 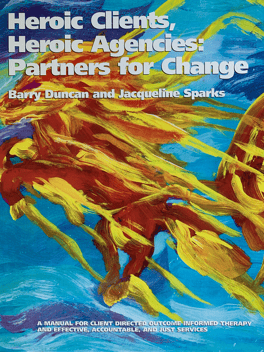 Given that much of my practice was with children and families, it became evident to me that families would be unable to benefit from feedback protocols without a measure for children. And the Child Outcome Rating Scale (CORS; Duncan, Miller, & Sparks, 2003) and the Child Session Rating Scale (CSRS; Duncan, Miller, & Sparks, 2003) were developed mainly from my collaboration with Sparks. 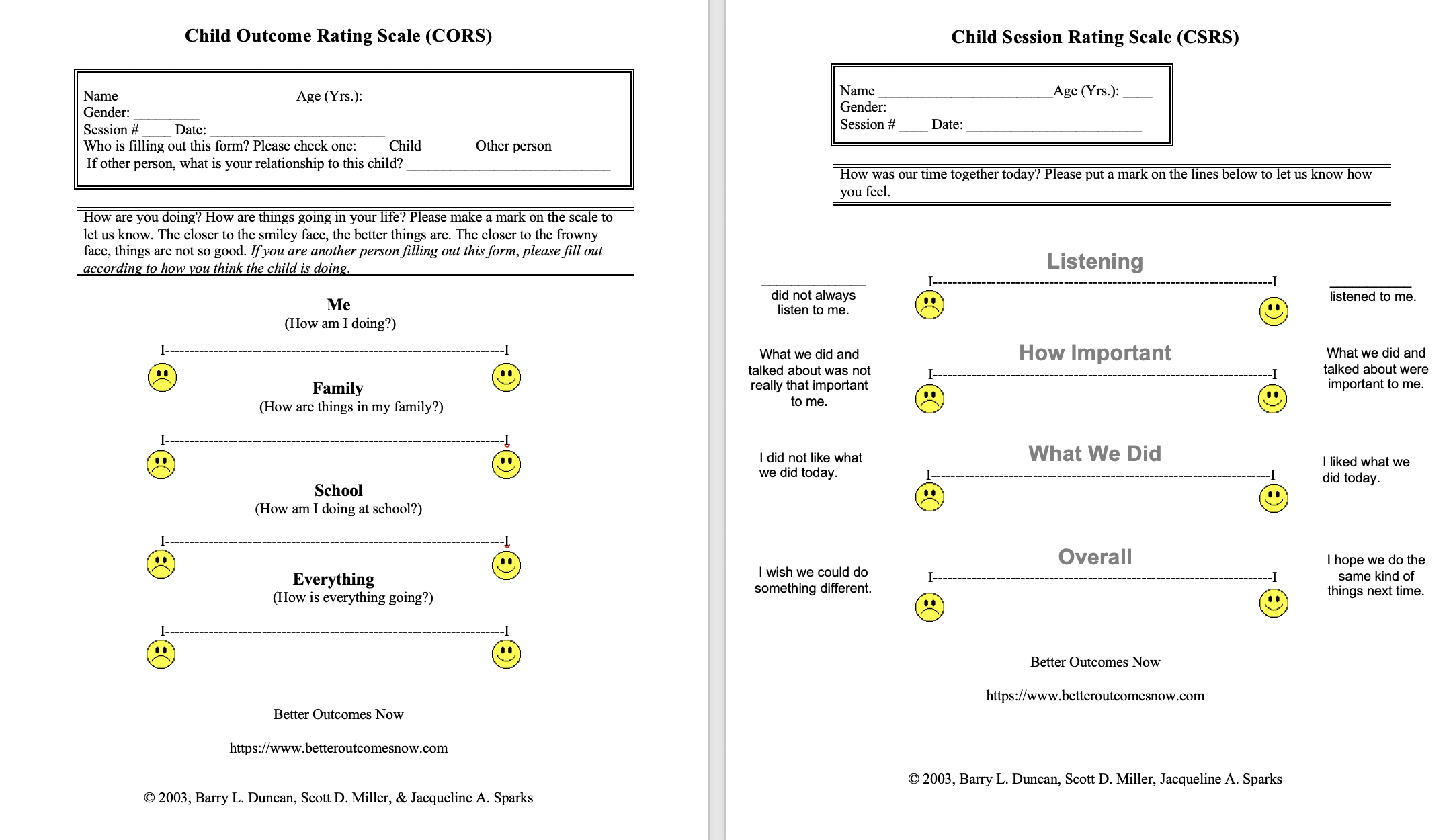 In this historical series of blogs, the psychometric validation of the measures is the next topic.

But why wait? Start with the fruition of my now 23-year journey by requesting a free trial of Better Outcomes Now and check in with your clients to improve both your effectiveness and efficiency:

Categorized in: History of PCOMS